When we purchased the Enos Kellogg Homestead in 2001, it was immediately obvious that the kitchen of our new home was period perfect.  Unfortunately, the period that it perfectly captured was the early 1980s. 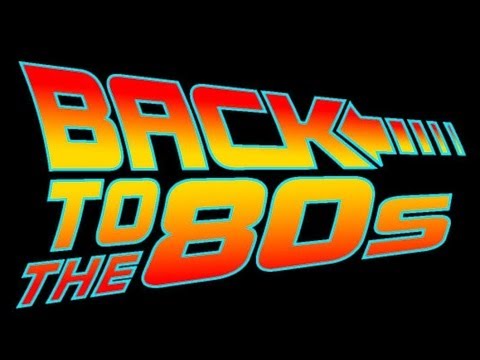 Normally, 80s is a pretty complimentary descriptive for me.  From Hall and Oates and Duran Duran to one-hit-wonders like T'Pau and Baltimora, I love me some 80s music.  And I will readily admit that my DVR has somehow been programmed to record more than its fair share of Dukes of Hazzard and Family Ties episodes.  When it comes to a room in our house, however, the only 80s that I want is the 1780s.

Faced with laminate counters, a faux brick linoleum floor, twenty year old appliances, and, most egregiously, a petting zoo's worth of cutesy baby animal backsplash tiles, I viewed the kitchen as a gut job.  Once we figured out that the structure had (literally) no insulation, undersized heating, and a leaky roof, Jenny and I confidently listed the kitchen among the initial projects that we would tackle in the house.


Welllllll, it didn't exactly work out according to plan.

Fast forward sixteen years through a roof-to-basement restoration of the rest of our old house, and the only changes that the kitchen has seen have been a new fridge and dishwasher, a coat of paint, new roof shingles, and some wall cavity insulation.

But, at long last, we are finally getting a new kitchen.  The thing is, I don't want our kitchen to look new.  It has to look like it belongs with the rest of our 18th century home.  Jenny disagrees.  As the cook/baker/primary kitchen denizen of the house, she would be more than happy with a fully modern, optimally functional kitchen.  So, the only way this works for both of us is to create a functionally modern kitchen that is totally in keeping with the historic aesthetic of the Enos Kellogg House.

The good news is that I have had a long, long time to figure out how to pull this off.

But first, a little necessary background.  The kitchen has resided in at least three locations in our house over the past 230+ years.  When the house was built in the 1780s, the kitchen was placed across the back of the saltbox dwelling, behind two parlors at the front of the structure.  The heart of this room was the massive hearth, with a bake oven located in the rear of the firebox.  This room remains almost entirely intact, although it now serves as our living room.


At some point, after hearth cooking had given way to iron stoves, which, in turn, ceded their role to modern ranges, the kitchen was relocated to our current guest room, a 19th century addition to the rear of the main house that likely was originally built as an in-law or hired man's room.  This transition probably happened in the early 20th century.

This placement didn't last particularly long, however, as the kitchen was subsequently moved again - this time to a 19th century, timber framed structure that was moved from elsewhere on the property and tacked on to the rear of the house as an ell.  This building began its life as some sort of agricultural building - probably a wagon shed or barn, although there is a chance that it was a piggery, as such a building is noted in Enos Kellogg's probate records.  In any case, late 19th century photos of our house show what is very likely this building as a freestanding edifice located further behind the house.  By the mid-20th century (and possibly earlier) the building had been appended to the house, and by the 1960s, half of the structure had been converted to a kitchen, and the other half to a garage.  Layers of bad floor tiles and the full encasement of the timber frame in drywall indicate that this was meant to be a "modern" room, existing independent of the 18th century architectural details evident in the main house.

Our predecessors in the house gave the kitchen an astoundingly cheap and stylistically painful  overhaul sometime around 1982, creating the rightfully-maligned Reagan-era kitchen that we inherited and have conspired against for the last 16 years.

Despite our initial assessment, it didn't take us long to realize that a litany of non-deferrable issues like a leaky roof, decrepit bathroom, structural rot, junky windows, and collapsing barn would require us to postpone tackling the kitchen.  So, we made an uneasy peace with the juvenile fauna, peeling linoleum and de-laminating laminates of the space.  Still, year after year, the prospect of a major kitchen renovation hung tantalizingly just over the horizon.  Until early this year, when we realized that there finally were no more must-take-care-of-immediately obligations on our seemingly endless list of house projects.  I guess that even the most insatiable of money pits eventually takes pity on its indentured inhabitants.

So, before some new house crisis arose, we began planning the new kitchen, with help from designers Jeff Peavey and Dylan Estabrooks at the Kennebec Company in Bath Maine, who would be making our cabinetry, and from Rob Sanders, a local architect with impressive experience (and a nice collection of awards) working on historic homes.

From the outset, there were a few things that I knew we wanted to do with the kitchen.  First, needing more space, we were going to combine the kitchen and garage space into a much longer kitchen.  We also were committed to lowering the floor to increase the volume of the space and allow us to incorporate modern, full-height appliances.  And we wanted to build a mudroom off of the kitchen, and to add a fireplace to echo the anchor point of an actual 18th century kitchen.  Finally, we wanted to restore and expose the 19th century timer frame structure.


I also new that I wanted Kennebec to do the cabinetry work.  I had seen their kitchens on This Old House over the years, and had seen other examples of their work in magazines, and their commitment to the same kind of time-tested craftsmanship that is manifested elsewhere in our house was consistently evident.  When friends showed us their recent Kennebec kitchen in their beautiful 18th century house in neighboring New Canaan, we were totally sold.

After months of design work (and Job-like patience from Jeff and Dylan), we came up with a kitchen layout and cabinet design that we really liked.  At the same time, we worked with our architect (also eminently patient and sensible) to fit everything into the still-limited confines of the timber frame structure (which we weren't willing to compromise), and to design a complementary structure to serve as a mudroom and entryway to the house from the driveway.  Again, we had relatively little space with which to work, and wanted to incorporate a mudroom, coat closet, and half bath, all in a building that would create a smooth aesthetic transition from our 1780s barn across the driveway to the main house.


While we labored on design and budgeting, I began interior demolition of the garage and kitchen.  As I had suspected, we had a pretty nice timber frame buried beneath nasty 20th century sheetrock, plywood and peg board.

In November, our contractor, RJ Aley, broke ground on the project.  Plumbing and electric were gutted, the 20th century floor system was removed, and the crawl space was excavated in anticipation of pouring of a slab over what had previously been a largely dirt floored space.  The hollow concrete block foundation was filled with concrete for reinforcement.  A new roof was also built directly over the existing roof, which would allow us to expose the original rafters in the kitchen and to properly insulate the structure from above.

Two months into the project, the crawl space floor has been poured, the new floor joists and sub-floor are installed in the kitchen, window and door openings have been roughed in, the slab for the mudroom addition is poured, and the chimney base is laid.  Even our reclaimed 18th century hearthstone is in place, awaiting construction of the new firebox and chimney above it.

Meanwhile, I have spent a significant amount of time traveling among a variety of salvage dealers in Connecticut, accumulating 18th century wide plank oak for the kitchen floors, some great interior and exterior doors, period hardware, and beams needed for repair in the kitchen, and to add character to the newly built mudroom.  I was particularly lucky to find an extraordinary 18th century raised panel Dutch door at UrbanMiners.  I am in the process of restoring it, but is an amazing match for the original front door on our house - truly a needle-in-a-haystack find.  For anyone looking for great 18th century architectural salvage, I have also had fantastic experiences with Brooklyn Restoration Supply (no web site, but truly the most mind-blowing collection of period materials that I have ever encountered), Olde New England Salvage, and Art Pappas in Woodbury.


Jeff and Dylan trekked down from Maine last week to take final measurements for the cabinets, and we are working out the final details on the best way to maximize the amount of exposed timber frame inside the kitchen.


As I write, we have almost a foot of fresh snow on the ground, but warmer temperatures next week hopefully will allow us to move ahead with framing the mudroom addition.  Particularly after a minor burst pipe earlier this week (a result of freezing winds infiltrating the house from the open end of the kitchen), we are looking forward to getting the house fully buttoned up at last.